This is a great data set to spend some time digging into for insights into which demographic forces are driving your State.

Here are some highlights from the data that cover just the national US totals and some comments on trends. The country’s population grew by 0.6 percent in 2018, adding little over 2 million new people from 2017. The entire net increase was in the 21+ LDA category growing by 0.9 percent, while the 21 and under population shrunk by about 76,000 people.

The U.S. continues on a path to growing older; the median age rose from 38.0 in 2017 to 38.2 in 2018. Fertility rates among the general population continue at an all-time low. While it has been a wild ride for the economy, the longest economic expansion on record has simply failed give this younger generation the willingness and/or financial ability to settle down, form households and have children. In fact, only the State of Idaho saw a net increase in the 0-1-year-old populations between 2017 and 2018. Every other state in the country experienced a net decrease. The single age group for 0-1 fell by 45,737 between 2017 and 2018.

The chart below shows the 2018 US population by single age grouping starting at 0 on the left and progressing to 84 on the right. The highlights that I frequently presented in 2017 remain just as significant in 2018. 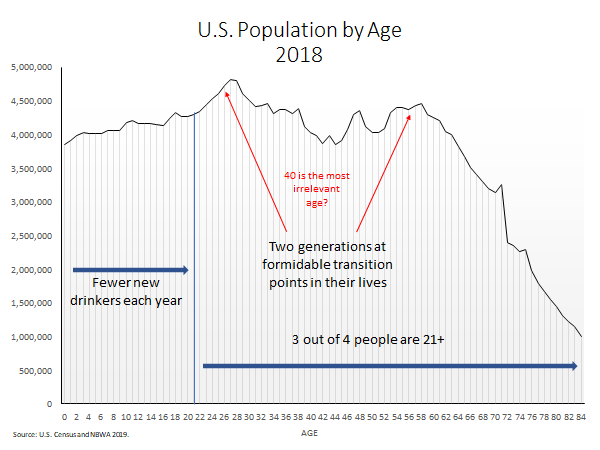 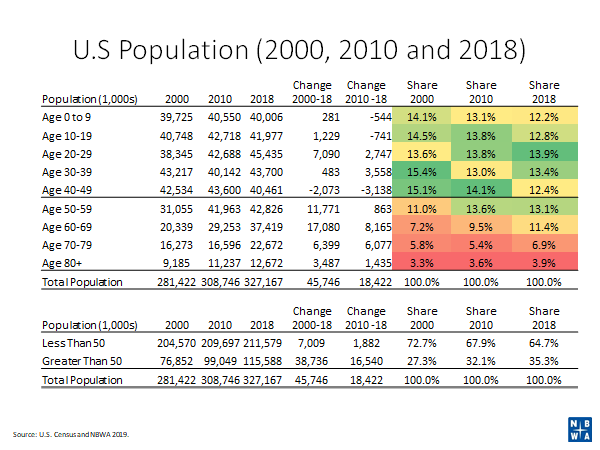 Other data elements from the 2018 data will show the male vs. female share acoss age groups. Consider at the national level as the country grows older, the country also skews more female and more importanly, this difference becomes more promounced after age 50. 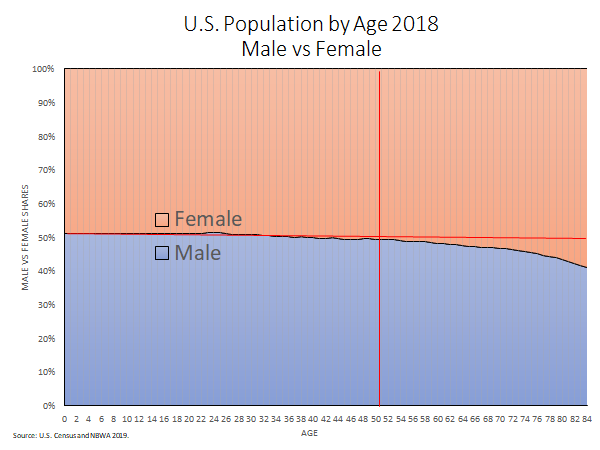 Hispanic origin will also continue to be a dominate national force in the years ahead.

The 21 and under demographic group on a national scale well is now above 25% with wide variations around the country. 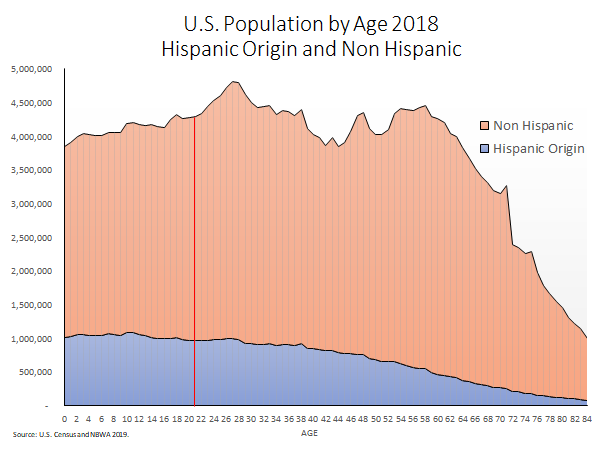 National statistics such as these will drive national and state policy. However, every state is unique in their own trends, demographics composition, and economy.

Take some time to explore your state’s data and feel free to email or call with any questions, comments and insights.

Here is a link to the entire data set. You will need to use the “Key” information to drill down the the age, race, sex and orgin popualtion counts.

Census Population Estiamtes By Age, Sex, Race and Orrigin by State 2010 to 2018 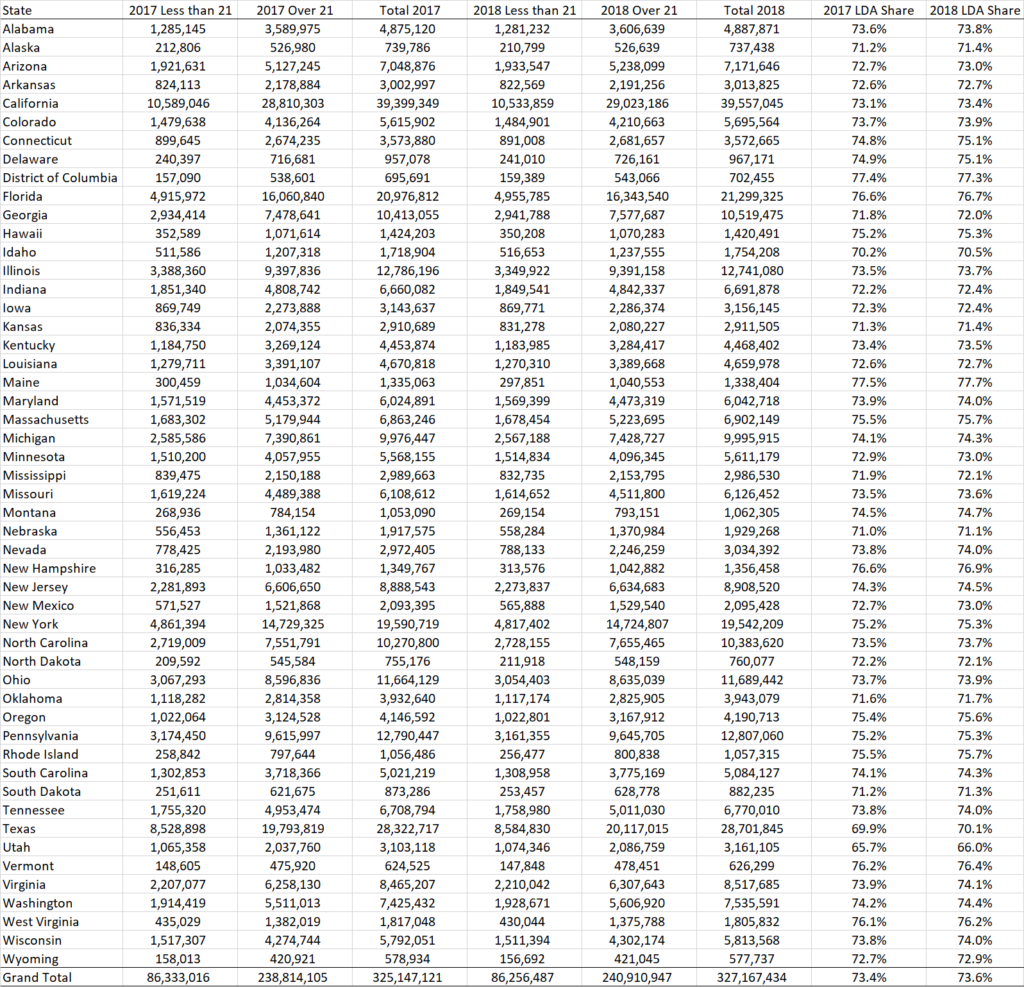